The history of the German speaking peoples in Central Europe has been filled with a collection of grand eccentric characters wicomplete withth legendary stories that are worthy of telling in the grandest bier halls such as Frederick Barbarossa, Martin Luther, and Otto von Bismarck.  But perhaps no individual has stood out more strongly than Frederick the Great, or as he was more officially known during his time König Friedrich II of Prussia.

On this virtual storytelling experience join us as we delve deeper into his core personality and characteristics, outlining his perspective on the events which allowed him to become one of the most prominent individuals in all of Europe by his death in 1786, despite being far from perfect in many respects.  We will then trace how his interpersonal connections and ideas were able to help shape key aspects of late 18th century European as well as North American history, becoming a noted example for a wide range of subsequent leaders including Tsarina Catherine “the Great” of Russia and Napoleon Bonaparte.

One day before the Experience, you will receive a link to connect with your expert guide and further details about it.

THOMAS | The Expert on your Tour 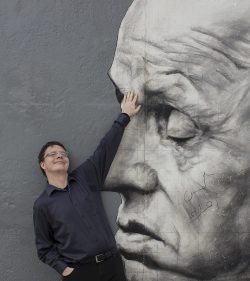 Do you have questions about the offer? Contact us using the form below.

How Does It Work?