Join one of our local history experts on this half-day tour of Berlin’s oldest Jewish neighborhood, Spandau suburb. Sites and memorials dedicated to Jewish life can be found at every turn in this suburb, from the former Jewish girls’ school to the home of Regina Jonas, the first woman rabbi in the world.

The history of the Jewish community in Berlin goes back to 1671. And before the Second World War and the devastation of the Nazis, the Spandau suburb was the largest Jewish community in all of Germany. After reunification, the district began to flourish again, and it is now one of the most dynamic and fastest-growing Jewish communities in the world. 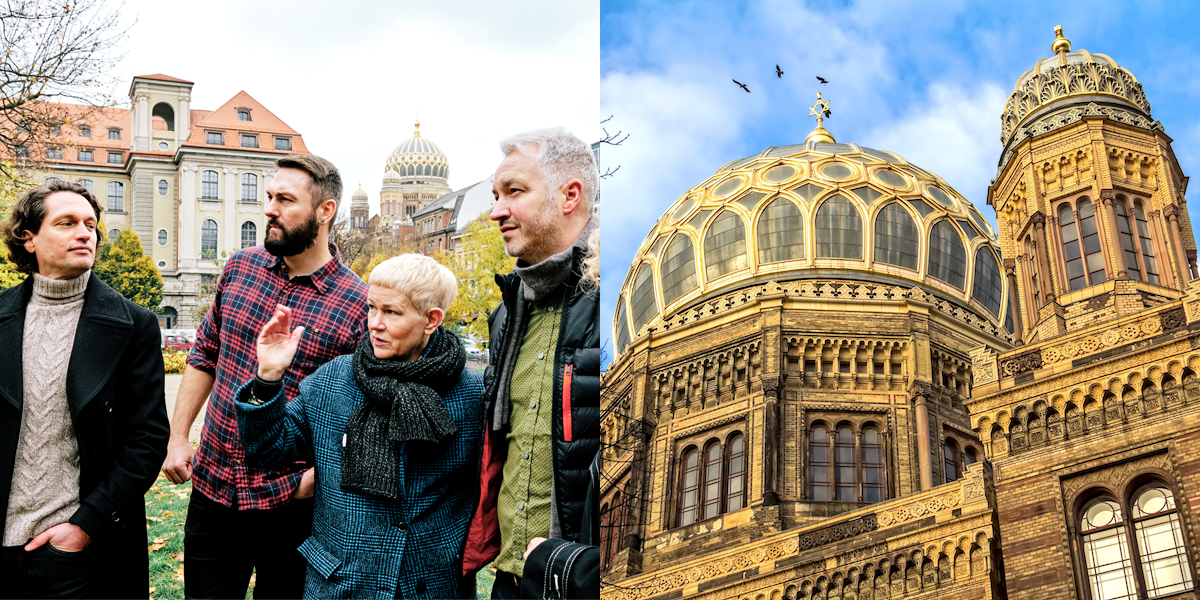 As you stroll the narrow streets of the Spandau suburb, visiting museums and monuments, the past will come alive, and you’ll learn how Jewish heritage continues to shape modern-day Berlin. Your guide will share stories that bring the past and present together for you, in a way that only a true Berlin local can. And since this is a private tour just for you, we can take our time, adjusting our itinerary and answering any questions you have along the way.

We’ll explore the lifestyle district of Hackesche Höfe, where beautifully restored courtyards, charming boutiques, chic cafes, and trendy galleries await. Visit the site of the first synagogue in Berlin and learn about the origins of the Jewish community here. Stop at Otto Weidt’s former workshop for the blind; Weidt was honored as one of the righteous among the nations for saving the lives of so many Jewish Berliners during the Nazi era.

Wander along Grosse Hamburger Strasse, which was of central importance for Jewish life. It’s here that you’ll find, among other things, the Jewish high school, the former Jewish nursing home, and the oldest Jewish cemetery in Berlin — where you can see the grave of Moses Mendelssohn, an influential Jewish intellectual and representative of Haskalah, or the ‘Jewish Enlightenment.’

Finally, the most important architectural testimony to Berlin’s once-glamorous Jewish life can also be found in the Spandau suburb, the New Synagogue. This impressive building from the 19th century is now a museum and cultural center.

Our guides are experts in their subjects, but this is your private tour, and the city has no shortage of fascinating places to see. It’s our pleasure to tailor this tour to suit your interests. Simply tell us where your interests lie, and we’ll be happy to accommodate your wishes.

Enquire below for more information. Alternatively, book online now and we will be in touch to finalise your tour details.

You can book your desired tour or pose your questions regarding the tours by using this form. We are happy to provide prices for groups of more than six people on request, they depend on the exact group size.