The Berlin Wall is probably the most symbolic artifact of the Cold War and the so-called Iron Curtain, dividing Berlin into two worlds that could not have been more different. And it was much more than just “the Wall” — there were mysterious ghost stations, a teardrop palace and complex border installations known as “the death strip.”

In addition to the physical division, there was a political division, insurmountable ideological barriers, and some downright absurdities.

On this Berlin Cold War tour, you’ll immerse yourself in the past world of socialist East Berlin. Learn about incredible escape stories, the Allied tank confrontation at Checkpoint Charlie, and the Soviet monuments that are still of great symbolic importance to this day. Visit Brandenburg Gate, which was once a symbol of division and now represents German reunification. 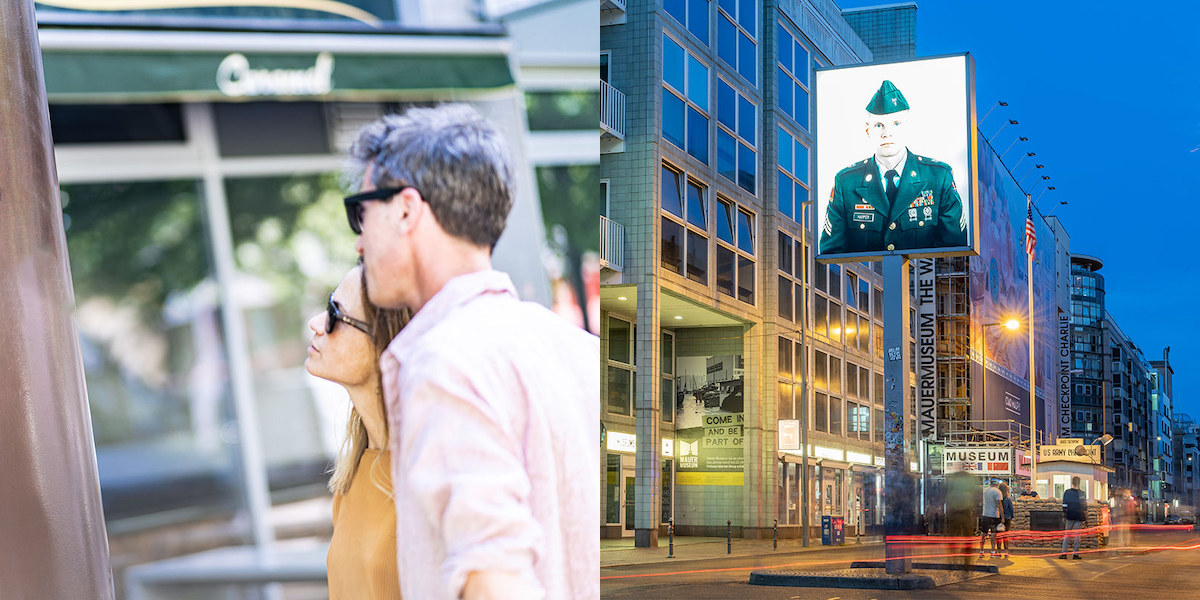 Finally, check out the East Side Gallery, where the deadly wall has been re-dedicated as the longest open-air art gallery in the world.

Our Berlin tour guides are more than just guides — they are true characters of the city, with deep knowledge of Berlin’s history and politics. What’s more, our guides for this tour were all eyewitnesses to the Cold War and have personal stories to share with you about their lives during that time. Come with plenty of questions, to be answered by someone who lived it!

This tour is flexible in terms of time and content. A minimum duration of four hours is recommended. Highlights such as the Soviet War Memorial in Treptow, the East Side Gallery, or the former Stalin Alee can be integrated on an eight-hour full-day tour. Each tour is tailored to your interests. Let us know in advance if there are any particular sites you’d like to see, and we’ll craft an itinerary just for you.