Berlin’s Culture Through The Years 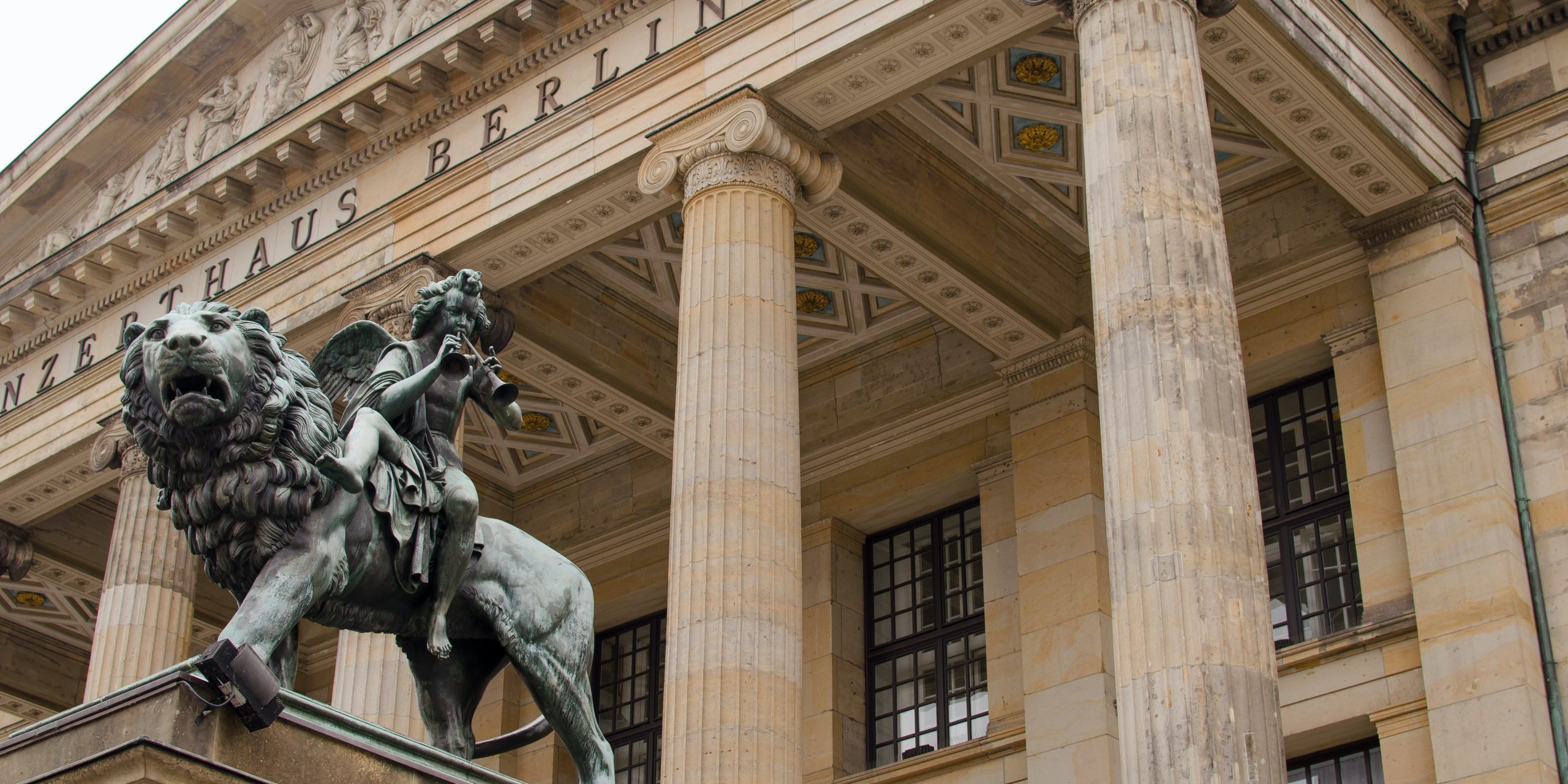 Berlin’s history has been constantly marked by change. Unlike capital cities like Paris or London, Berlin – in its current role as capital of a unified Germany – has only existed for a few decades over the last 200 years.

Most recently Berlin was famously divided by the Berlin Wall, but dissolution and reformation of these lands is nothing new. Even as recently as the 19th Century, the idea of Germany as a nation state was an uncertain concept.

All the change that the city witnessed over the years has had a profound impact on Berlin – and on German culture in general. Different eras came with different leaders, fashions, religious beliefs and norms. Of course, these influenced the emerging culture, music and art scenes of the time, so understanding the timeline of events in history helps us to understand why and how each came about.

Many people come to Germany looking to trace their German roots, but looking into a unified “German” heritage is not always so simple. Germany has existed in so many different forms that national identity as we think of it today is quite a new concept.

From the middle-ages until the early 19th Century, “Germany” existed as many small self-ruled states with differing political allegiances and beliefs. Most of these fell into the “Holy Roman Empire”, a Kingdom which included parts of modern Italy, France, Germany, Austria and other parts of Central Europe. The boundaries of the empire were constantly in flux as various localities were won and lost, particularly during times of conflict or unrest in Europe, until it finally fell to France in 1806. Berlin, as the capital of Prussia, lost much of its influence as the state’s territory shrank.

During the years that followed, Prussia changed allegiance, joining with Britain and the Netherlands in a final campaign against Napolean’s French forces. Following his defeat at the Battle of Waterloo, Prussia was rewarded with more land, and started to build her influence once again.

During this unsettled period, the idea of “Germany identity” had started to take root. Rather than military might and riches, early thinking concentrated on shared German language, culture and folk heritage. The first ideas of “German-ness” started to form around enlightenment ideals such as education, philosophy, art, music and high culture. 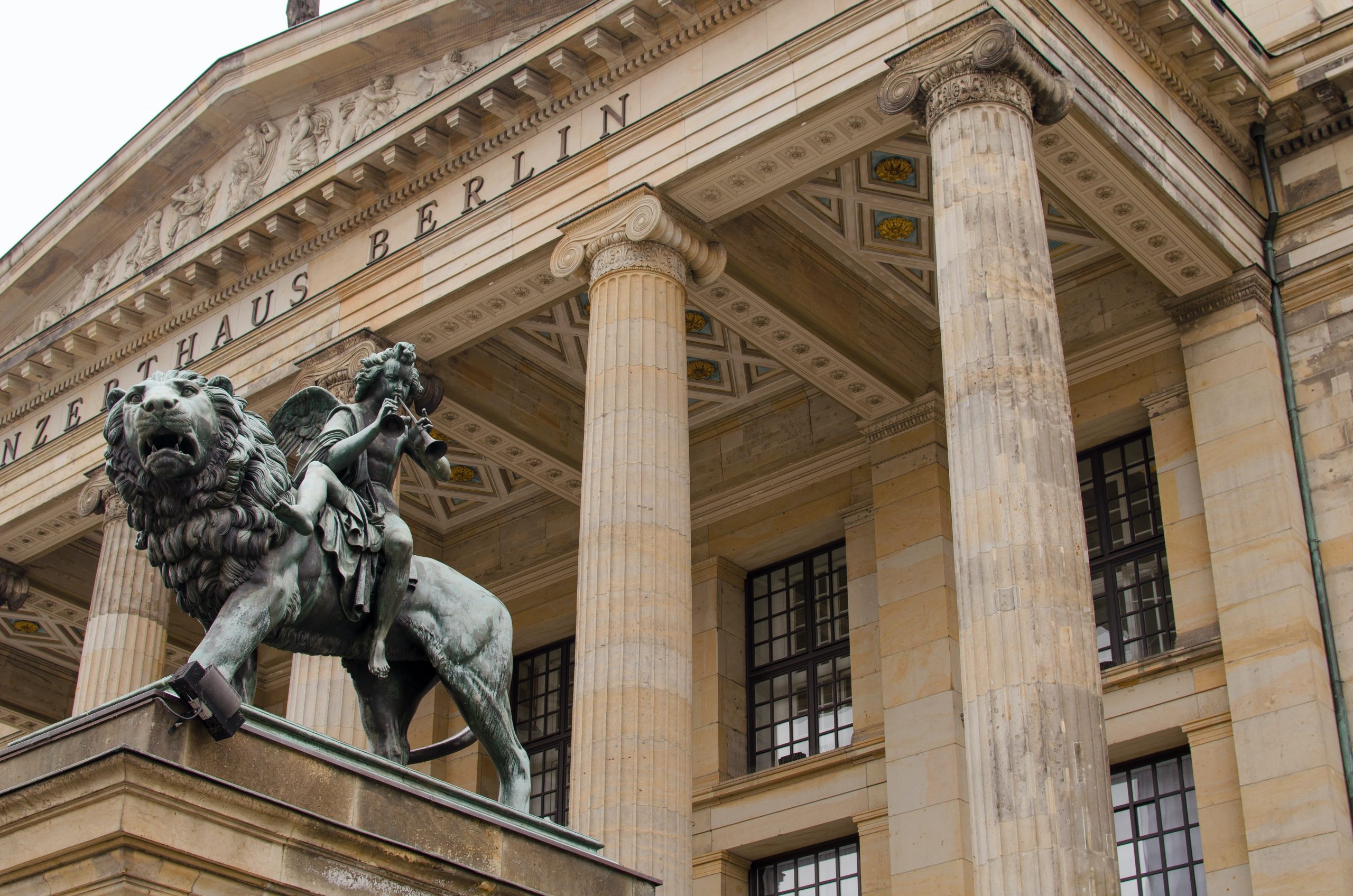 Influence on German Art and Culture

Besides the traditional German art and culture which united many regular folk across the empire, the high-art of the time was heavily influenced by the religious politics which played out across Europe.

More unusual developments in art and music came out of the protestant schools, because artists were not permitted to create religious works. As a result, they explored other subject matter, such as portraiture and landscapes.

Catholic artists of the time created masterpieces in the Gothic and Renaissance traditions – though they were less well known than their contemporaries in Rome or Paris. Wood and stucco engraving for interiors came into fashion during the 17th and 18th centuries. While it was originally a traditional German art-form from the Catholic states in the South, during this period the skill was elevated to a distinctive practise and became one of the most iconic aspects of German Baroque and Rococo Palaces built during this era. If you pay a visit to any of the stunning palaces around Berlin and Potsdam –  for example Charlottenburg Palace, or Sanssouci Palace – you will not be alone in admiring the stunning engraved ceilings.

Protestantism also influenced and aided the development of European musical movements in Germany. Martin Luther himself composed many Chorales for use in church services, which in Protestant churches replaced the Catholic “call and response” chants that had previously been used. The hymns written were to be sung in German rather than Latin, and many were based around simple melodies or folk tunes meaning that regular people were able to learn them.

Baroque music followed on closely from Chorale in its techniques and Protestant origins. As a result, Prussian Berlin as part of the Holy Roman Empire was one of the largest centres for Baroque music in Europe, along with Vienna. Both cities later became hubs for the development of the Classical, Opera and Romantic movements.

In the 19th Century, even while the ideals of the Enlightenment – celebrating liberal thought, art, culture and education – prevailed, there was a rumbling feeling among more radical groups that such values were aligned with the aristocracy who did not represent the wider population.

These feelings grew into a new kind of nationalism, which saw the military turmoil in Europe as a chance to unify into one nation. Famous prime minister Otto Von Bismark took advantage of these feelings when he came to power in 1862, and sought to use the unrest in Europe to create a cause which all of Germany could unite behind. This was the Franco-Prussian war, which forced many independent states to align themselves with Prussia in exchange for protection from France. The eventual consequence was the Treaty of Versailles, and unification.

While many different solutions to unite Germany were suggested after the Holy Roman Empire was dissolved, this was the first time that “Germany” existed as one nation. The new “German Empire” included 26 individual political entities, but it wasn’t to last long. It was dissolved less than 50 years later in 1918, following the end of the first world war and the subsequent German Revolution.

This chaotic period of German history resulted in a great many styles of art and music being created within the various states of Germany and the following German Empire. Without an influential capital, different schools sprang up in various cities and provinces representing different styles and traditions from other parts of Europe. Expressionism and surrealism flourished, with celebrated artists such as Kadinsky and Franz Marc emerging.

The Weimar Republic and Artistic Freedom:

After the German Revolution, a new era of German identity was established. The Weimar Republic was a short-lived and paired-down incarnation of the German Empire, having been stripped of huge amounts of money and power following WWI. It was massively in debt, and largely dependent on American loans.

The chaotic economic situation, political extremism in Germany and social liberalism elsewhere in Europe led to an explosion of intellectual freedom among German artists and academics. While things were desperate in the early 1920s, there was a golden era of artistic production in the late 20s which, though short-lived, established Berlin as a cultural capital. Cabaret clubs opened, Jazz flourished, avant-garde movements found a home and progressive social policies allowed artists to eake out a living.

However, when the economic crash hit wall street in 1929, loans from the USA dried up and The Weimar Republic was swiftly put back into turmoil. As the Nazi party gained power during the 1930s, avant garde artists and musicians fled the country fearing persecution; Hitler and the Nazis believed that “traditional” German art was superior, seeking to outlaw modern, “degenerate” styles. Despite this, the alternative influence on Berlin’s cultural scene had a deep impact on the city that would later be revived. 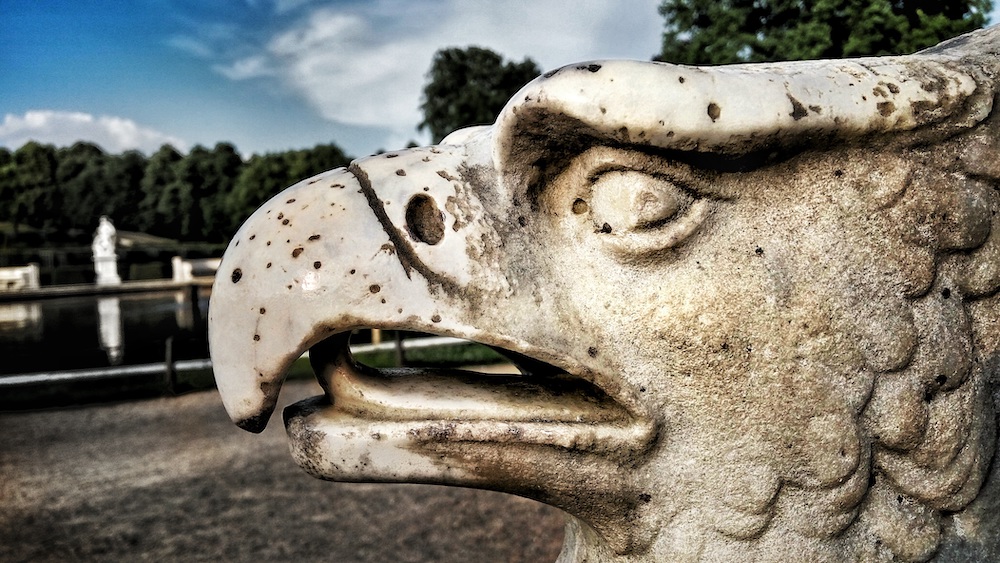 Unsurprisingly the Third Reich era was a difficult time for artists and creatives in Berlin, and most fled, but the artistic influences of the era were significant. European art experienced a boom between the 1900s and the 1940s, with Avant Garde movements trying to make sense of the chaotic political landscapes in new and experimental ways. Of course, the war left many marks on Berlin, which still remain to be seen today.

After the war, Berlin was captured by Soviet forces along with much of East Germany. The result of the Potsdam conference was that Germany was to be split into two nations, with Berlin straddling both. 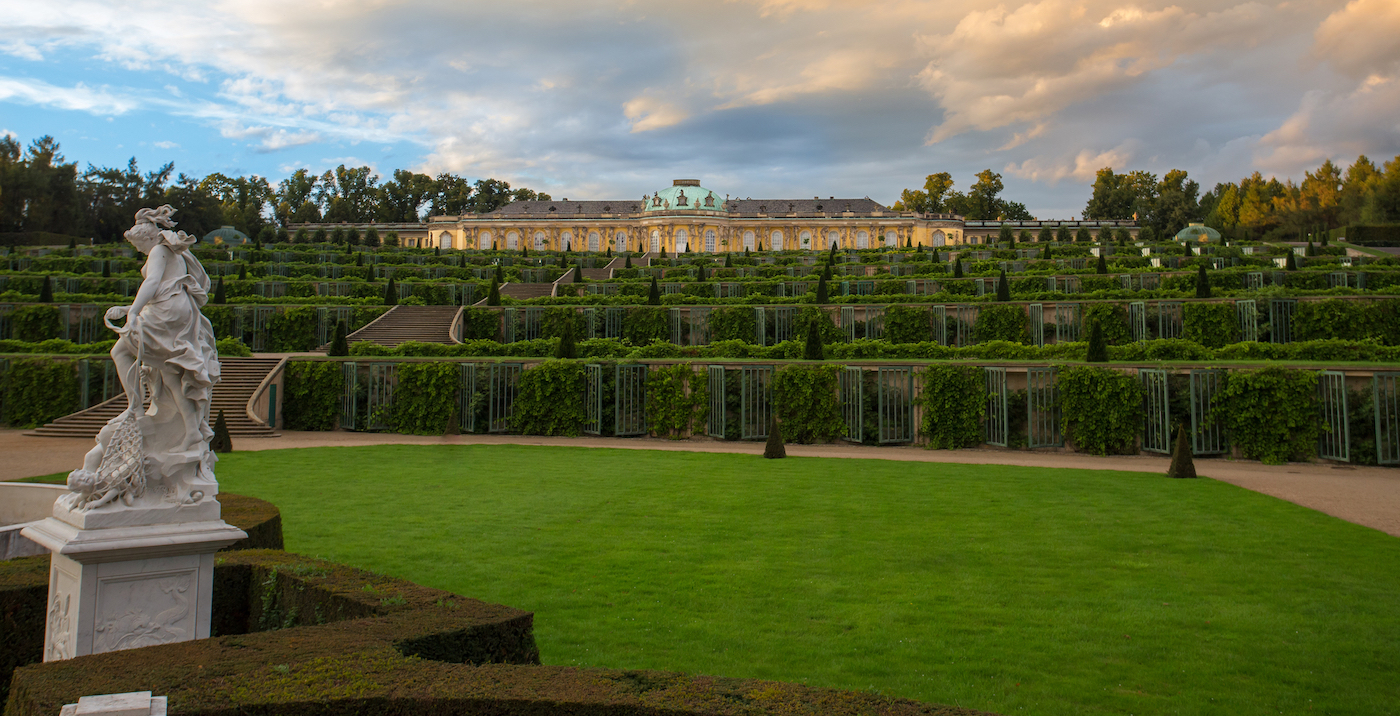 Culture in East Germany was heavily censored, with the Socialist government keen to ensure that all forms of art and popular culture matched its ideals. “Traditional” folk music and dance were celebrated as noble past-times, while in the art-world a new “state-approved” style emerged called Socialist Realism. This style was a modern take on folk art which most often depicted idealised scenes from pastoral life, a key theme in the Eastern Bloc’s ideology.

Elsewhere in the mid 20th century a cultural revolution was taking place. As bands like the Beatles and the Rolling Stones rose to fame, new styles of music and different ways of life were spreading. Despite an increasingly limited selection of government approved entertainment, it became impossible to stem the flow of Western influences into the East Germany.

The GDR’s government did allow some state-approved bands and theatre groups to form and perform around the country – even in West Germany on occasions – but anti-government or pro-west messages were not permitted. However, especially in East Berlin, where West German life existed just the other side of a wall, and GDR antennae picked up Western TV shows and radio, this was hard to suppress. In the 70s and 80s, towards the end of the divided era, many Western artists spent time in West Berlin, intrigued by its unique mix of liberal nightlife and Soviet influence.

Unsurprisingly, musicians and artists got creative within their limitations, slipping covert messages into their performances. An underground culture quickly established itself too – but access to traditional instruments and equipment was difficult without state approval – and anything subversive had to be delivered anonymously. The result was the make-shift and DIY scene which lives on in Berlin today. We can see this in the ongoing culture of street art in the city, which started with anti-government art and graffiti on the east-facing stretches of the Berlin Wall.

Once the era of division finally ended with the fall of the Berlin Wall, Berlin’s place as a modern cultural centre was solidified. Berlin’s cultural heritage as a hub of underground activity suddenly combined with the newfound economic freedom of the 90s. A unified Berlin allowed suppressed self-expression to bubble to the surface, sparking an explosion of creativity and hedonism among Berlin’s young population. Suddenly artists and creatives from all over flocked to this cheap capital city with its 24 hour nightlife. 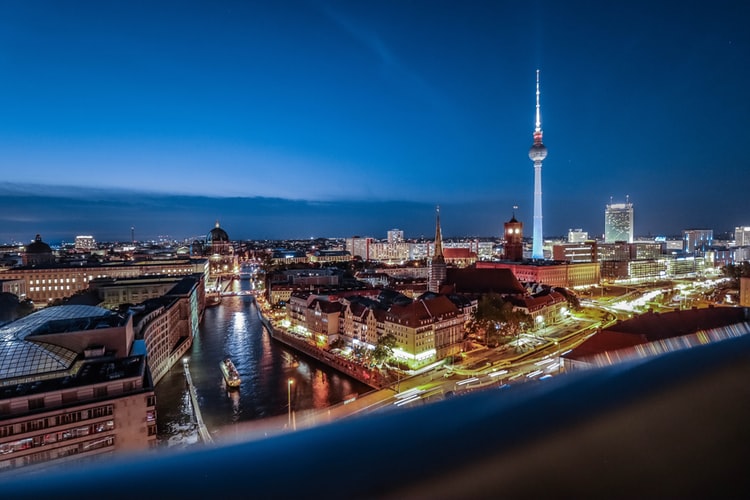 While other parts of Germany were affected by change throughout European history, few cities have sat at the centre of change in the way that Berlin has. With less historic significance as a capital, Berlin’s influence came later, often tied into periods of history where the city saw radical self-expression and an influx of artists.

Ultimately Berlin’s culture as we know it only emerged after Germany was reunified in the 1990s, a period of time that many of us are still alive to remember. Few European capitals experienced the sudden freedom and excitement that Berlin did at that time, and that has shaped Berliners and our city.

After 500 years in a shifting landscape, Berlin is still new, still changing: always in motion.

Humboldt Tours are experts in the history of Berlin. Our guides are academics and passionate amateurs who take great joy in sharing their city’s history with you, our culturally curious guests. Find out more about us here, or view our suggested private tour itineraries here. We also operate on a custom basis, creating bespoke options for those with special interests in Berlin.