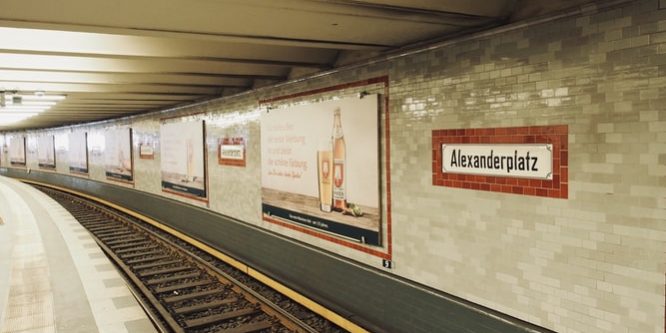 The Best Places to Stay in Berlin for Your Visit

Berlin is a unique and diverse city made up of a number of different neighbourhoods which each have their own character. From the grand neo-classical architecture and genteel cafes of Pariserplatz to the graffiti, craft breweries and co-working spaces of Kreuzberg, there’s an area to suit any visitor. But how to decide which are the best neighborhoods in Berlin for your stay?

When you’re looking at which area to stay in Berlin on your next visit, think about what kind of atmosphere makes you feel most comfortable, or what you’d most like to experience. Being a well connected city, Berlin is easy to explore wherever you stay – but different areas do have their distinct appeal. To help you work out where to base yourself, we’ve picked out some of the best places to stay during your visit and their key features. 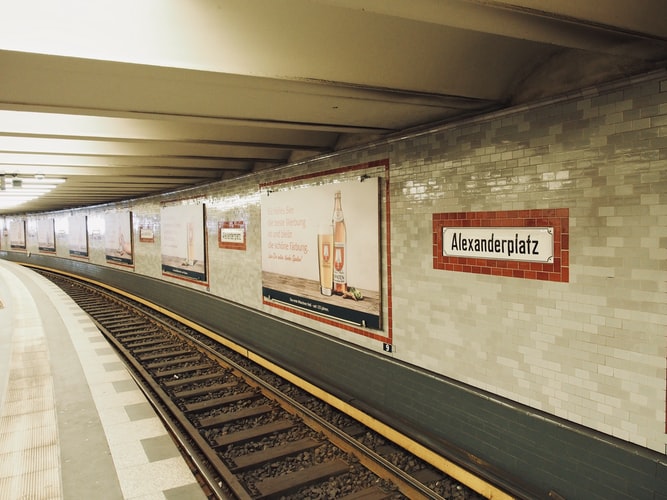 Literally meaning “middle”, Mitte’s location is self-explanatory. It is the centre of Berlin, both culturally and geographically, and where you’ll find the highest concentration of art galleries, museums and more. As a result, whether you’re staying here or not, you’ll find no shortage of things to do in Mitte!

Museum Island is one of the biggest attractions in Mitte. Sitting in the centre of the Spree river, and is home to some of Berlin’s most famous buildings and cultural icons. Visit the Berliner Dom, Berliner Schloss, Pergamon Museum of history and the Altes and Neue Museums among others.

Just north of the river, you will find the thriving and historic Jewish Quarter. Nowadays the area is full of quirky cafes and independent shops, but during the Third Reich the area suffered huge human and cultural losses as a result of the Nazi regime. It’s easily overlooked today, but walking down Grosse Hamburger Strasse you’ll pass many of the most significant sights for the Jewish community, including the Otto Weidt museum and Old Jewish Boys’ School.

Want to learn more? Humboldt tours’ Jewish Heritage Tour gives you a private insight into the rich and chequered history of Berlin’s Jewish population. Find out more Jewish history in Berlin in our guide. 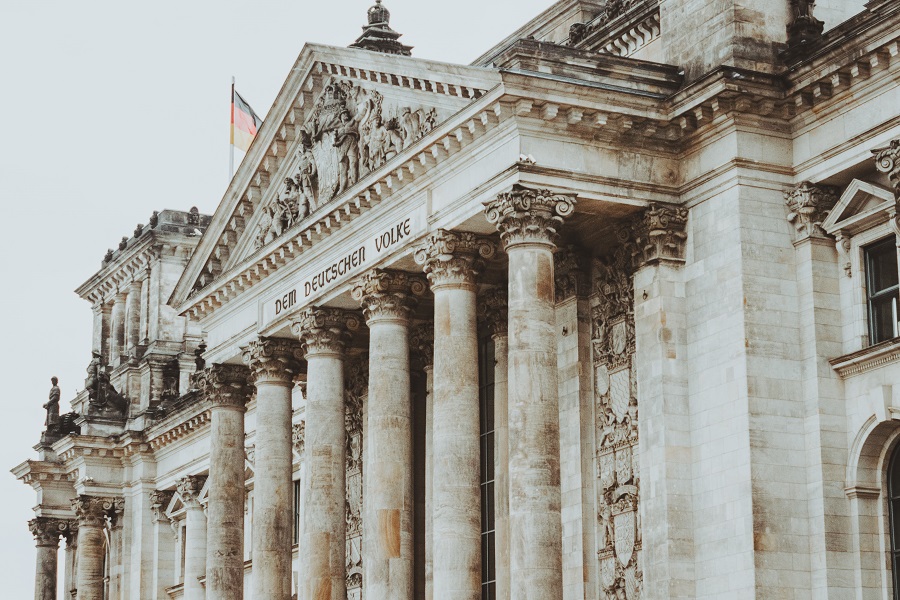 To the West lies the classical beauty of Tiergarten, Pariserplatz and the Brandenburg gate – directly contrasted with Alexanderplatz’ iconic modern tower just a few blocks to the East. In Mitte, Berlin’s two halves bristled against each other: you can still see the checkpoints, barbed wire fences and an open stretch of no-man’s land preserved in memory of those who died trying to cross between East and West. If you’re interested in Cold War history in Berlin, Mitte is where you can see how both its tragedies and everyday inconveniences played out.

Take a look at our private cold war tour to learn the fascinating history behind these Mitte sights.

Staying in Mitte means that you are right on the doorstep of all Berlin’s most famous sights, as well as plenty of trendy cafes, flea markets and good places to eat. Mitte is bustling, busy and diverse. It’s the perfect place to stay in Berlin if you want to be at the centre of everything – or if you’re short on time and want to see Berlin’s highlights.

If being at the centre of everything sounds a bit much, perhaps suburban Spandau could be the best place to stay for your visit to Berlin.

The Spandau area is famous for its historic buildings and green spaces, and is in fact surrounded by nature reserves. If you like to intersperse your cultural activities with a bit of outdoor relaxation, this area might be the perfect compromise.

As it sits on the outskirts, Spandau is also a great base to stay in while you explore the area around Berlin. For those who like to challenge themselves on two wheels, cycling from Spandau to Potsdam makes for a fun excursion that’s both active and historic.

Mitte’s neo-classical neighbour, Charlottenburg is a great place to get a sense for pre-war Berlin. Its grand architecture, large hotels and palaces are a perfect contrast to more modern parts of the city. 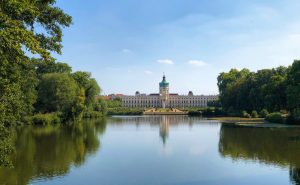 However, this gracious part of the city has not stood still. The area is now home to a diverse international population, and as a result you will find many eateries and shops from all corners of the globe to enjoy – particularly around Savignyplatz.

The jewel is Charlottenburg is its palace and gardens. A stunning Baroque stately home, Charlottenburg palace was originally built as a summer residence for Sophie Charlotte, Queen Consort of Prussia. After her death King Freidrich named the area in her honour. You can explore the gilded state rooms with their collections of shining silver and porcelain, or take a leisurely stroll around the lakes, lawns and view-points of the gardens.

For access to other tourist attractions, Charlottenburg is well connected and easily accessible. Several U-Bahn, S-Bahn and Bus lines link up with Mitte in around 25 minutes, meaning your stay in Charlottenburg offers the best combination of city and suburb. 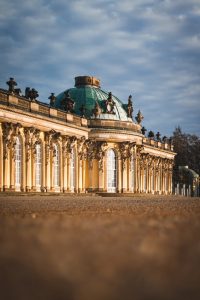 While technically a separate city, Potsdam is only 40 minutes away from Berlin by train. It offers a different experience from staying in Central Berlin, and a chance to get a feel for German life outside of the capital.

In Potsdam itself there’s a wealth of history and heritage to explore, particularly from the Weimar Republic until the end of the Cold War. Potsdam was home to several of the most significant war conferences of the modern era, including the Potsdam Conference which decided the fate of Soviet East Germany.

Staying in Potsdam gives you chance to explore the grandeur of this historic city, while still being within easy reach of all the attractions of Berlin. If you’d like to explore here but prefer to stay in the city, it’s also easy to take a day trip from Berlin to Potsdam.

Take a look at our private Potsdam Palaces and Gardens or WW2 History itineraries to get an idea of what we could create for you.

Along the Northern banks of the river Spree is Friedrichshain, the punkier sibling of Kreuzberg. Home to famous nightclubs and Avant Garde galleries, Friedrichshain still retains a noticeably alternative feel.

It’s most well known as the home of the East Side Gallery, but beyond this there’s plenty to explore. The area isn’t so well known amongst tourists, but if you know what to look for you can stumble across fascinating hidden gems. Outdoor cinemas, performance spaces and unique cafes can be found on every street.

It’s also easily accessible from the centre, and a quick hop across to Kreuzburg. If you prefer exploring the less well-trodden parts of a city, Friedrichshain could a great place to base yourself. 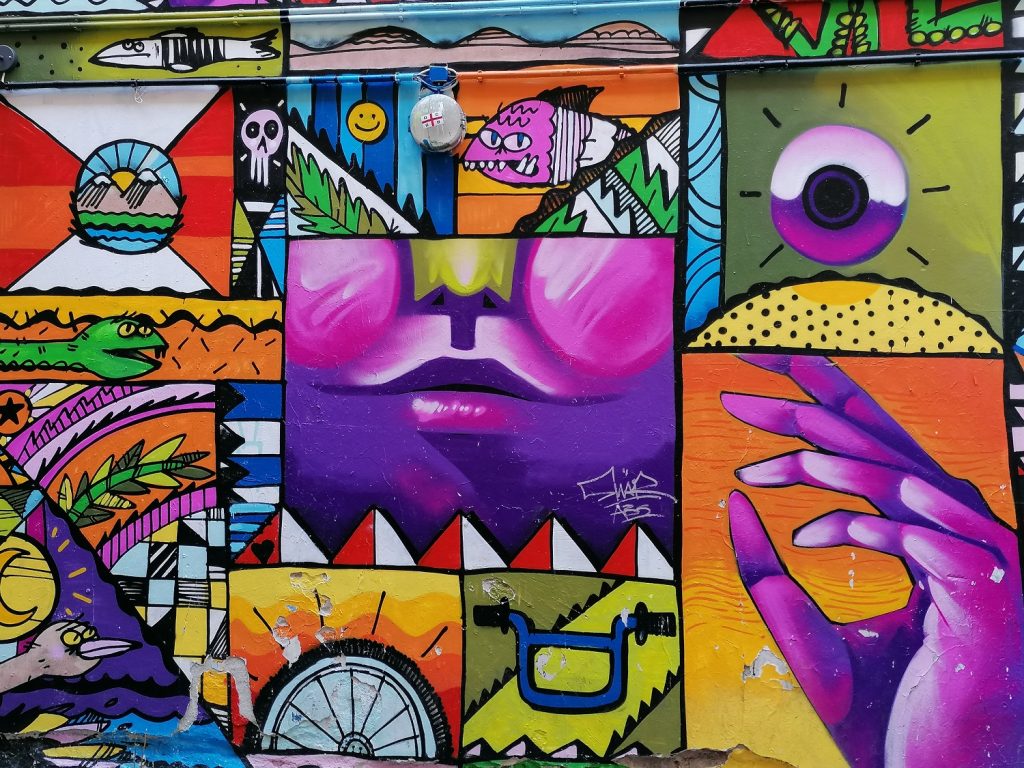 South of the Spree, Kreuzberg is a bustling, international neighbourhood at what was once the heart of East Berlin. With plenty of brutalist architecture and Soviet-era apartment blocks it’s a great place to get a feel for this period of Berlin’s history. In fact, Check Point Charlie, the famous Cold War check point marks the official entrance to Kreuzberg.

Nowadays the Berlin Wall is long in the past, and Kreuzberg is well known as a centre for start-ups, trendy coffee shops, vintage clothing stores and great food options. If you like exploring independent shops and galleries during your stay, and hanging out in spots popular with local people, Kreuzberg could be the perfect place to stay.

It’s also conveniently located for some of Berlin’s most famous sites, including The Jewish Museum, German Technology Museum and The Topography of Terror. You can walk to Mitte in 20-30 minutes, or take public transport in 10, so you’ll never have a problem getting home after a busy day.

Here’s a handy map of the Berlin neighbourhoods mentioned here.

Humboldt Tours provide private tour itineraries led by local experts for culturally curious guests. We have a range of suggested itineraries to browse, but we also specialise in creating custom made itineraries for individuals and groups. If you have a specialist interest or particular passion here in Berlin, we love to facilitate tours which bring it to life. Contact us or find out more about the team here.