5 Historical Excursions from Berlin, Germany to include during your visit 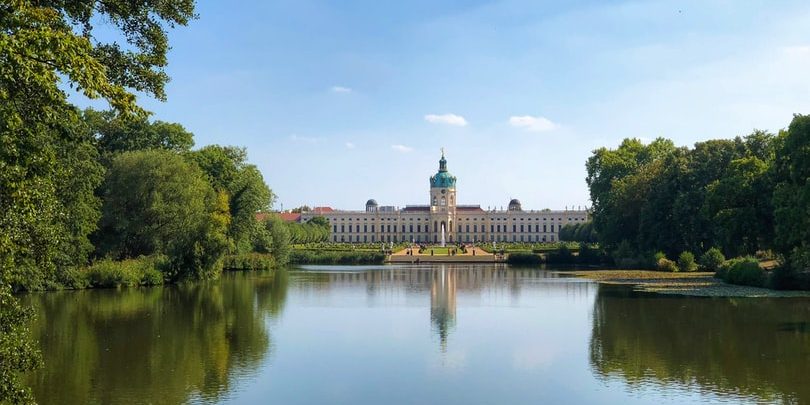 5 Day Trips from Berlin to include during your visit

There’s more to see in Berlin than one visit can possibly cover. Since you’ll be coming back for more anyway, why restrict yourself to the city limits! Some of the most worthwhile sights in the region are easily reached as day tours from Berlin, and we encourage you to include them in your itinerary. Here are five day-trips well worth considering for your next trip to Berlin. With over 15 years experience in private tours, Humboldt Tours can help you organise any of these excursions including

For those interested in Berlin’s historic palaces and gardens, Charlottenburg is a must-visit. Although we include it as a day trip here, it is in fact located within the perimeter of the city – but further out than you might otherwise venture.

The 17th Century palace was built for – and named after – Queen Consort Sophie Charlotte of Prussia as a summer residence. It is a stunning example of the Baroque and Rococo styles that were popular in Prussia at the time – despite being over 300 years old, its original features and collections (gilded staterooms, the Prussian Crown-Jewels, priceless table-wear and much more) have been preserved in all their glory. 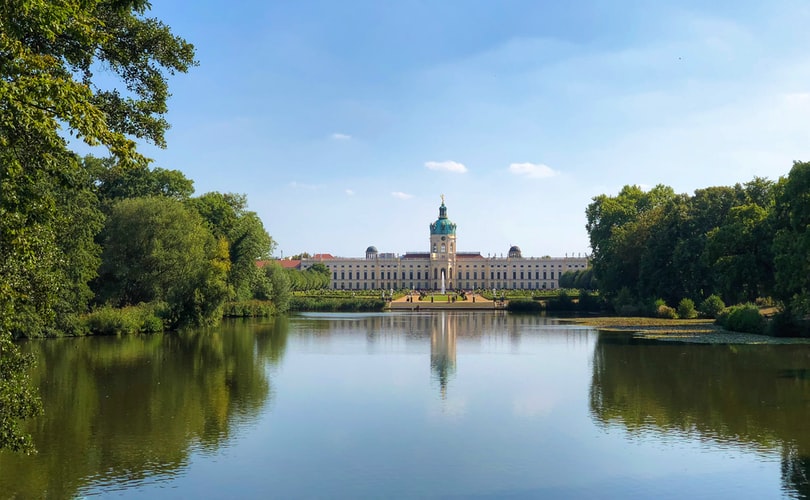 Beyond its aesthetic appeal, the palace is also a good starting point for learning about the history of Berlin. Before 1871, “Germany” existed only as hundreds of independent states and kingdoms, linked under a constantly-changing empire known as “The Holy Roman Empire” {link}. Understanding the history and politics of this era provides an important background to the events which took place in 20th Century Berlin.

The palace can easily be reached by U-bahn (take the U7 to Richard-Wagner-Platz) or taxi. If you’re interested in diving into this history – or just in exploring the beautiful surroundings of the palace and gardens with more context – a licensed local guide is a great idea. We are happy to arrange bespoke tours and excursions to Charlottenburg Palace, learn more here.

Continuing the theme of Prussian Palaces and Gardens, taking a trip to Potsdam from Berlin is a must for history lovers. 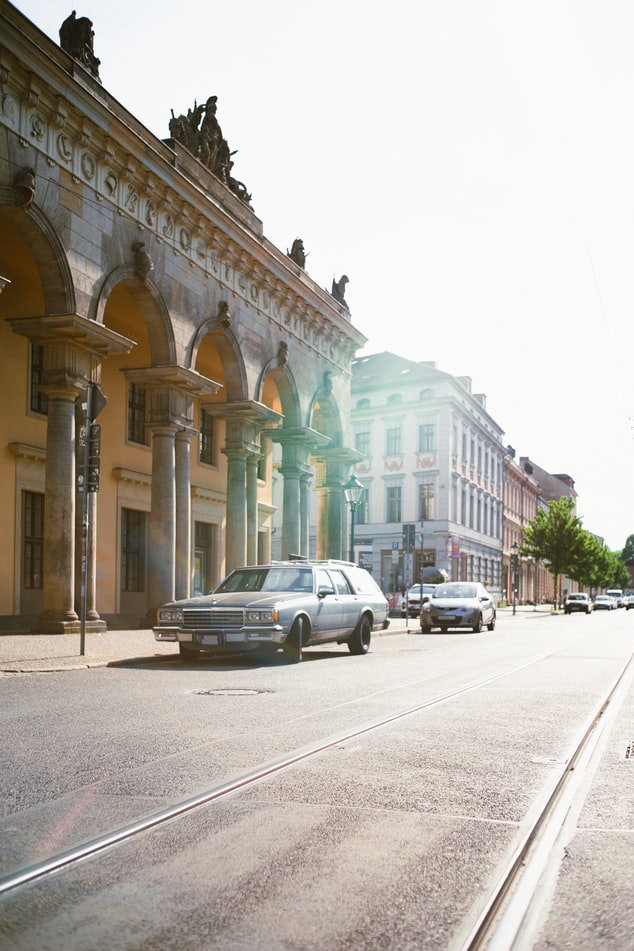 This small city near Berlin is associated with the Prussian Royals because of its large number of imperial residences (over 20 stately homes and Palaces). The most famous of these is the Sanssouci Palace, which was the summer residence of Frederick the Great. The city also boasts a charming historical centre which was largely unaffected by WWII – a total contrast to the ever-changing skyline of Berlin.

But Potsdam’s influence didn’t end with the Prussian empire. The city was also the backdrop for some of the world’s most significant decisions in more recent history – most notably the Potsdam Conference of 1945 (held at Cecilienhof Palace) which would result in the division of Germany. Understanding these events will enrich your visit to Berlin, bringing new significance to locations like the Berlin Wall and East Side Gallery.

As a result of its past, Potsdam offers a unique mix of Cold War sights alongside historic state rooms and gardens. You can visit the famous KGB Prison, with its chilling history of torture and sham trials, or The Glienicke Bridge (made famous by Steven Spielberg’s film “Bridge of Spies”) where real-life Cold War spy exchanges took place.

Would you like to take a Potsdam trip from Berlin to immerse yourself in this history? Why not treat yourself to a private guided 1 day itinerary during your visit to Berlin. We offer Potsdam Palaces and Gardens or Potsdam WW2 & Cold War Era tours – but our private guided tours can be customised to your individual interests.

A fascinating insight into the landscape of Cold War Berlin, Teufelsberg is a unique site to visit from Berlin.

The bizarre monument is raised at 114m altitude, on an artificial hill which was originally constructed – almost by accident – as a result of rubble dumped during post-war reconstruction. US forces recognised its strategic position, and erected 5 large satellite dishes used to block radio signals from behind “The Iron Curtain”| during the cold war.

The site offers a fantastic view of Berlin from afar, and the dystopian setting evokes the spirit of the Cold War even now. Take a tour of the area to learn about its mysterious past, and what might become of it in future. 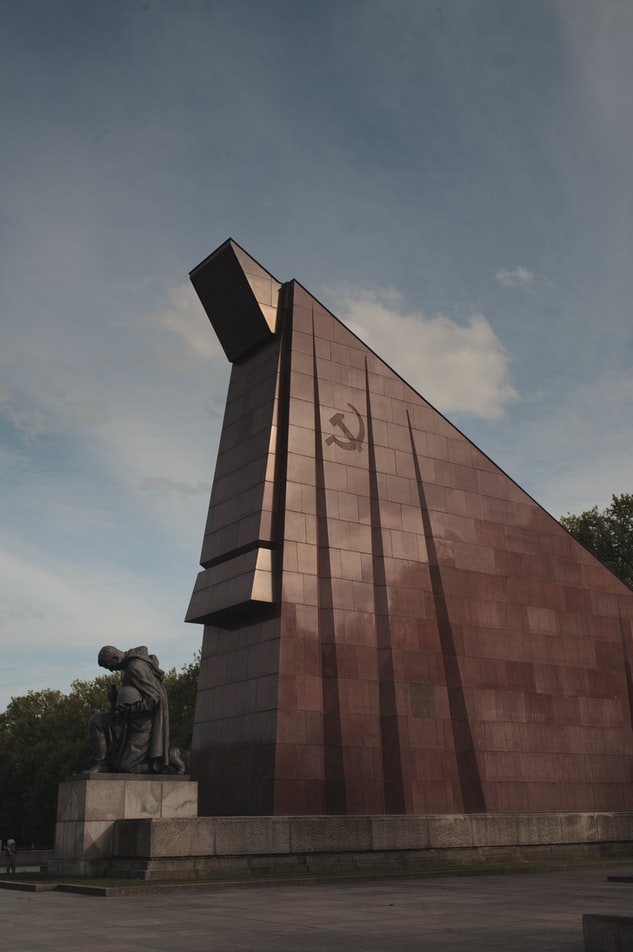 For those interested in the WWII history in Berlin, Treptow and its moving War Memorial are well worth a visit. It commemorates around 7000 of the estimated 80 thousand Soviet soldiers who died during the Battle of Berlin.

Because the city was partly liberated from the Nazis by the Red Army, the largest war memorials in Berlin are Soviet ones; it’s interesting to compare these to the memorials you might find in areas which were captured by allied forces at the end of the war. Treptow Memorial is particularly notable for its size and style, and provides a chance to see Soviet iconography and architecture on a grand scale.

Take some time to explore the free exhibition, which gives background on Treptow and the events that led to the “Fall of Berlin”. The parklands surrounding the memorial are a quiet and peaceful escape from the city, and offer a chance to reflect on what the memorial means in the context of Berlin’s history.

A challenging but essential day trip from Berlin, a visit to Sachsenhausen Concentration Camp and Memorial is an important excursion to include when in Berlin, particularly for those interested in Jewish history.

Sachsenhausen was a German concentration camp located near Berlin in Oranienburg during WW2. Although the Red Army liberated the camp in 1945, the Soviets also used it as a prison camp in the immediate aftermath of the war. During its years of operation between 1936 and 1950, tens of thousands of men, women and children were forced into labour, tortured and killed within its walls. Today, the camp is open as a memorial to all those who suffered and died here, and as a centre for Holocaust education.

Taking a Sachsenhausen tour with a licensed guide is a must to ensure that you get a full understanding of the chilling events that took place here, as well as the historical backdrop of Nazi Germany. While this is certainly not an excursion to undertake lightly, it is nonetheless an important place to visit in order to learn some of history’s most important lessons.

Want to explore further afield on your visit to Berlin? Let us help you explore any of the above with a bespoke private tour itinerary – or take a look at our suggested tour itineraries. Humboldt Tours is a private tour company with roots firmly planted in Berlin. Read more about us here.